Sam’s birthday this year- we celebrated on his actual day at our house with some family.

Sam got kind of shy and embarrassed by all the birthday attention. This is the best group cousin shot that I got. 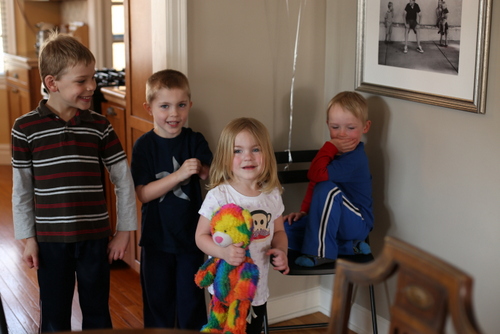 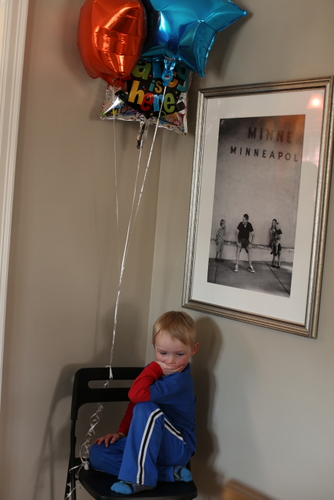 The sun was out so we did some biking/running around. (Notice the SNOW. This was April 6).

Sam remembered real fast that he had learned how to ride a two wheeler back in the fall. This spring he pretty much took off on the pedal bike. Was a little slow with the braking and going down hills (?), but he’s already moved up to Ryan’s old 16″ sized bike as of this writing (6/14).

We crammed all five Josephson cousins around our teeny kid table in the kitchen. Sam’s food request for his birthday lunch was hot dogs. Silly face pictures… 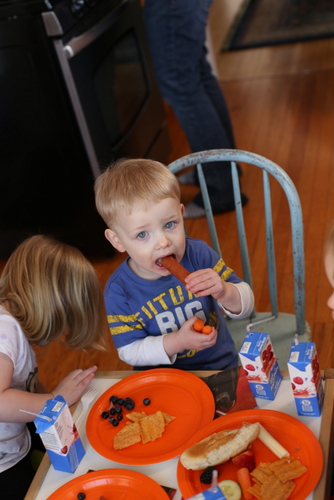 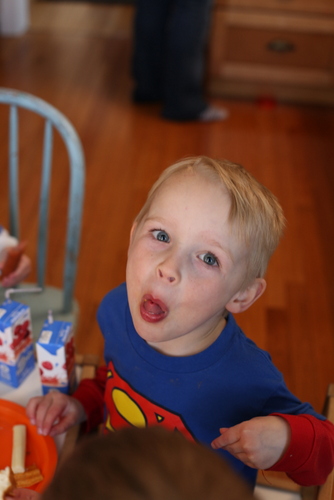 Sam had a hard time coming up with what he wanted his cake to look like this year. I went so far as to show him cakes on Pinterest. As we were scrolling through, seeing Star Wars cakes and ninja cakes and race car cakes and soccer cakes, Sam exclaims “THAT’S the cake I want mommy!!! Pink with sprinkles!!” Which was such a great answer as far as I’m concerned, because that’s just the kind of cake I’m an expert at making!

Sam got very self-conscious when all eyes were on him during the candles and singing. In fact, he was almost about to burst into tears when the singing began. Finally his emotions came exploding out in the form of an adorable blushing face and the biggest smile and laugh I’ve ever seen. 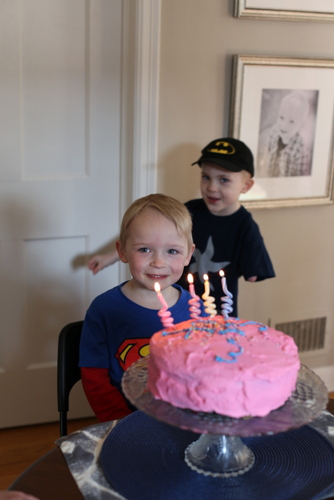 This is going down as one of my favorite photos of all time. 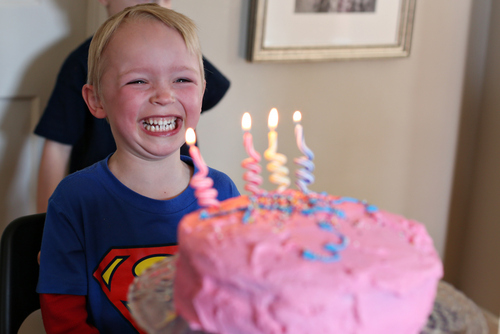 The only other thing Sam r-e-a-l-l-y wanted for his birthday was a pinata. Uncle T and Aunt Kim gave him this one. The boys loved it. 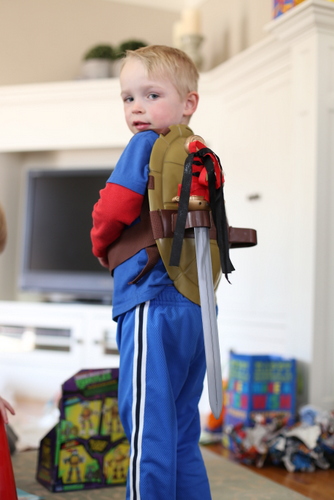 My darling sons and I.

It was nice enough out to play some soccer with Sam’s new soccer ball and cones too.

All in all a great day, I think he had a fun 4yo birthday celebration.